On the recent IM Talk podcast episode, Bevan and John started a discussion about how old athletes are when they win IM Hawaii. John gave me my next research project …

So, here is the data: 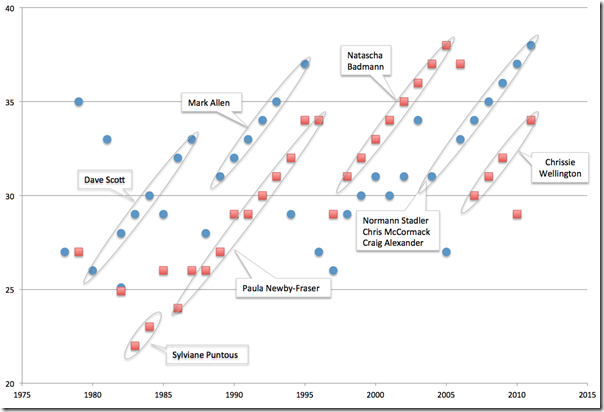 I couldn’t find the exact birth dates of some of the earlier winners, so if you can help me out, please let me know. Specifically I have no information on Robin Beck, Linda Sweeney and Kathleen McCartney, and only rough information on Gordon Haller, Tom Warren and Joanne Ernst.