This post looks at the times and splits at the Ironman World Championships in Kona, highlights some of the exceptional results and tries to spot some long-term trends.

The graphs were developed for Ironman as part of their coverage during what would have been race week. Greg Welch and I had a chat about it that was shown as part of their “Kona Celebration Week Daily Show 6 – E Ola Mau” (starting about 1:07 into the show) which you can still watch on the Ironman Now Facebook page. Many thanks to Greg and Julia for joining me on this awesome journey through Ironman history! 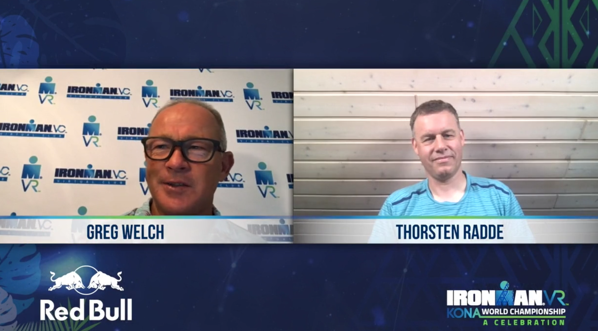 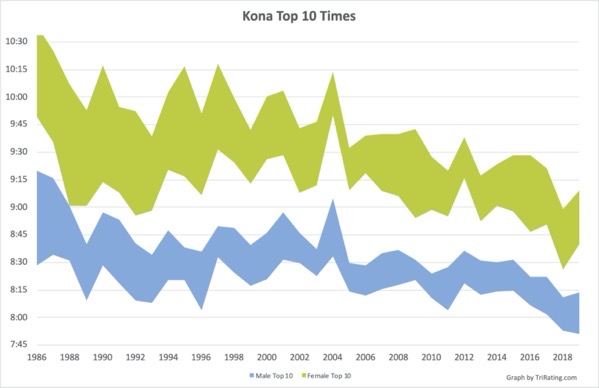 (For a hi-res version of this and all other graphs, just click on them.)

Details for the Men’s Times

The next chart look at the men’s Top 10 and a couple of the course records: 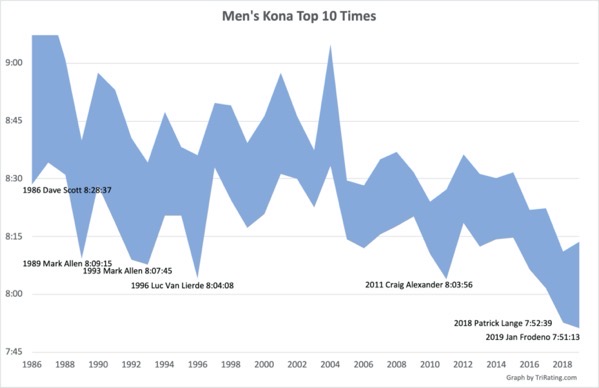 You can distinguish between a few phases:

The swim plays an important tactical role but can be neglected for the overall finishing times. Let’s have a look at the bike and run splits to see where these faster times come from. First, the bike: 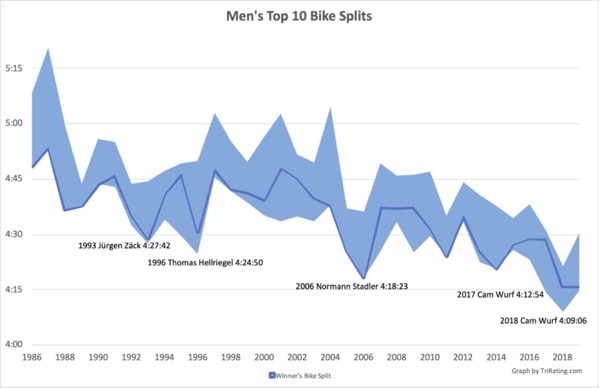 As before, the chart shows the bike times for the Top 10 men, with the winner’s bike time indicated by the darker blue line. Again, most of the course records are indicated.

The next graph has a closer look at the Men’s Run Splits: 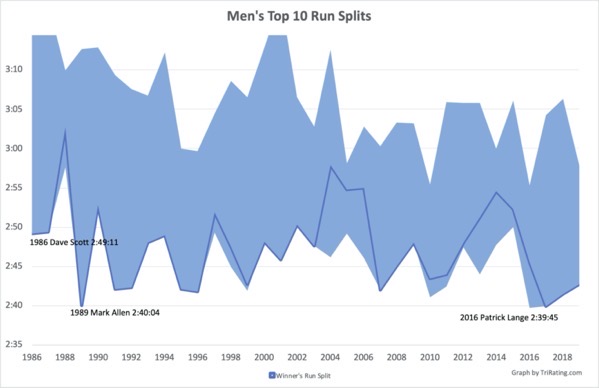 Details for the Women’s Times

Of course the look at the women’s finishing times is also interesting: 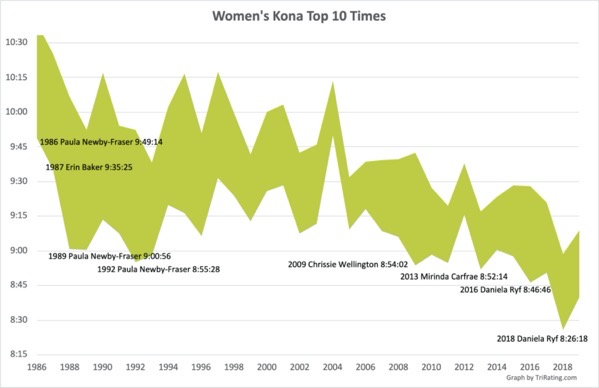 There are some interesting data points:

Here’s a look at the women’s bike splits: 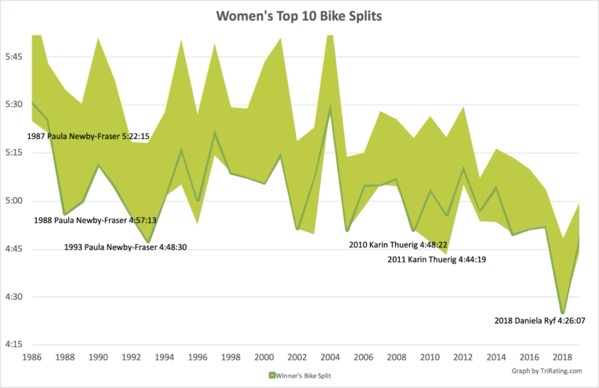 Here’s the last graph – a look at the female run times: 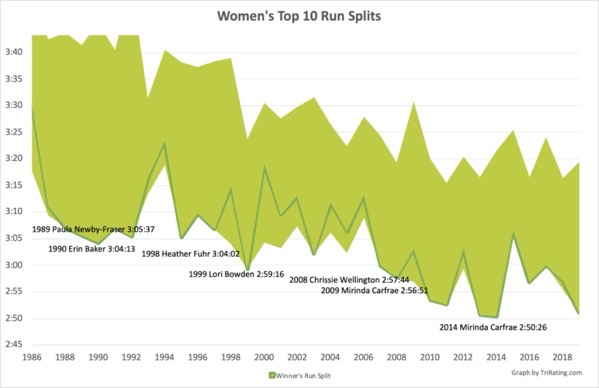 Expectations for the Future

Are there any trends we can look for in the next few years? Here are a few speculations:

Where do you think we will see improvements in the next years?