Last year’s race in Wanaka saw some strong winds, even leading to a few crashes on the bike. This year’s conditions were very calm, with the adjustment of 3:35 being the quickest in the last years, roughly 14 minutes faster than last year. (The new course rating is -5:01.)

Both race winners, Dougal Allan and Yvonne Van Vlerken, posted new course records, beating times from 2010 (Richard Ussher on the male side) and 2013 (Gina Crawford for the females). Dougal also posted a new bike record (4:27, improving his own time from two years ago by three minutes), and while Yvonne was under the old bike record, Laura Siddall was even a few seconds quicker – her 4:58 was almost ten minutes faster than Gina Crawford’s time from 2013.

Mike Phillips was not a name frequently mentioned as a contender, but he was leading the race after the swim and in the front bike group with the two Lukes (Bell and McKenzie) and Dougal Allan. At 135k Dougal put down the hammer and by T2 built a lead of three minutes. He also proved to be the fastest runner, steadily increasing his lead and winning in course record time. Mike finished in second, keeping the distance at just under six minutes. Luke Bell was more than fifteen minutes back in third, but as he said on Twitter “at least I beat the NZ boys to popping the cork!” 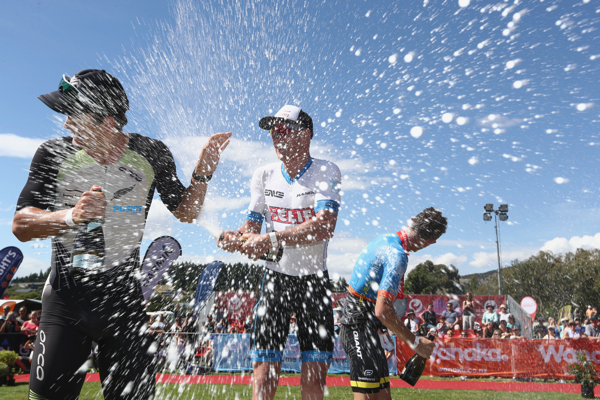 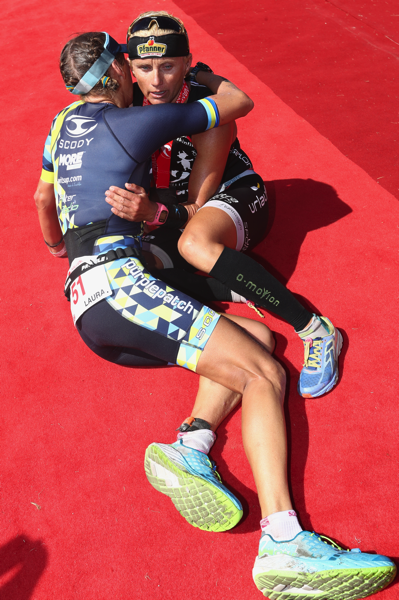 This year’s race was very similar to last year – Yvonne and Laura were within a few seconds for the whole day, frequently trading the lead. It was very late in the run until Yvonne built a two-minute lead, and she stared her 2017 season with a win. Laura almost closed the gap towards the end – it’s the third time she fought a hard battle with Yvonne in the last two seasons (Wanaka 2016 – 3:29, Roth 2016 – 2:24, and now Wanaka 2017 0:27).

It just seems to  be a question of time until she’s able to get her first big win on the IM distance – maybe in their rematch in two weeks at New Zealand? At 70.3 Taupo in December she showed that she’s not afraid to mix it up with five-time IM New Zealand champion Meredith Kessler as well.

Third place went to Emma Bilham who was leading after the swim and had the fastest run of the day, but lost too much time on the bike to contend for more than the podium.