The obvious “course feature” of the second edition of Ironman Hamburg was the cancellation of the swim which was replaced with a 6k run that did not create much separation. (Compared to last year’s swim records of 47 and 55 minutes the run was around 25 minutes quicker.) Another change that affected the finishing times was the new, totally flat bike course. James Cunnama had the fastest male bike split with a 4:00:44, Daniela Sammler rode a 4:32:12. Overall, the new bike course was roughly 25 minutes quicker than last year’s course. After that the run was just a bit slower (even though Bart ran a 2:39:51), and it seems that a lot of athletes struggled in the heat in Hamburg.

For most of the day, Bart Aernouts and James Cunnama were close together at the front of the race. They passed through T2 at the same time: 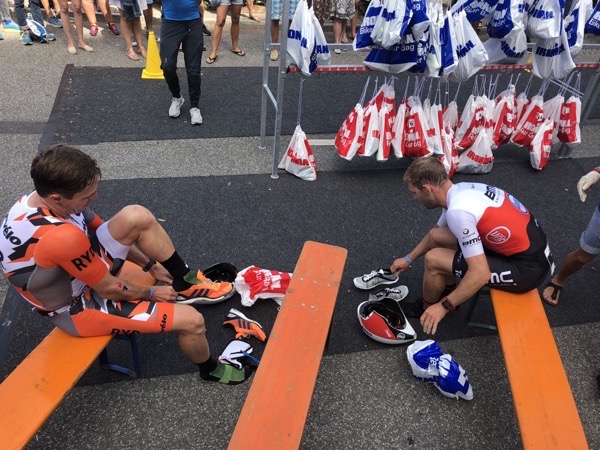 James had the quicker transition but the Bart quickly closed the gap. By the start of the last run he had built a comfortable margin and went on to win the race with a gap of seven minutes: 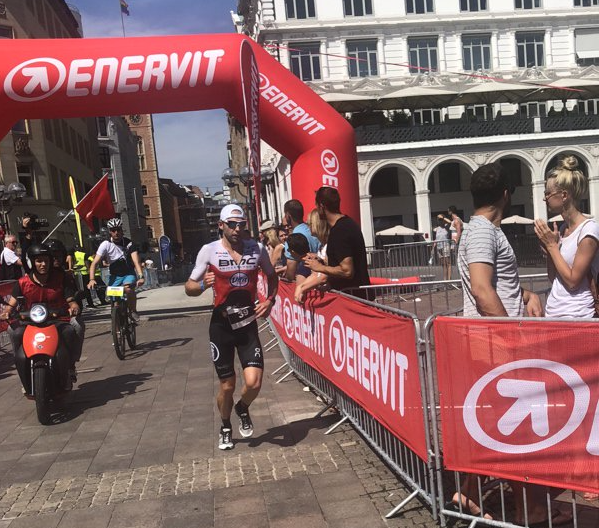 Second place went to Joe Skipper who had a strong first half of the marathon but then ran a bit out of steam in his third long-distance race in four weeks: 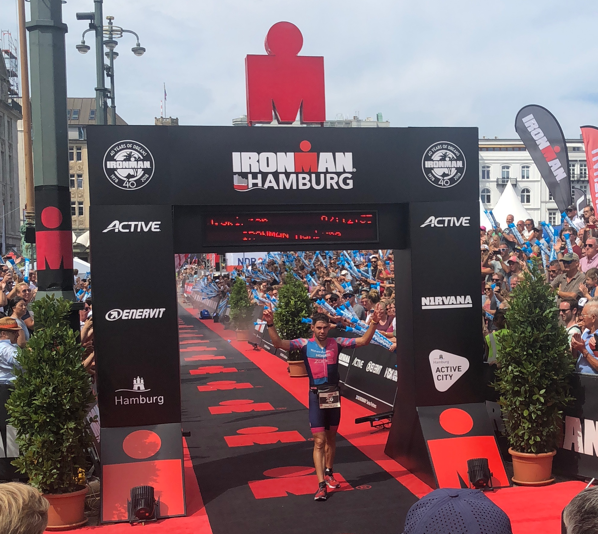 After the race James Cunnama said that he was not quite at the level of his win in Hamburg last year, but he was happy to take third (and probably relieved to validate his Kona slot): 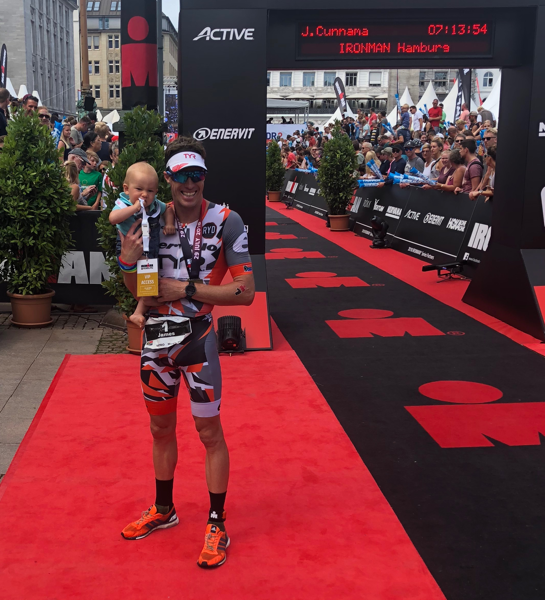 Tim Don’s return to racing Ironman after breaking his neck three days before last year’s IM Kona did not have a happy end. For a long time he was in a great position, but eventually struggled with hip issues and fell back to ninth place which is unlikely to be enough for a Kona slot for him: 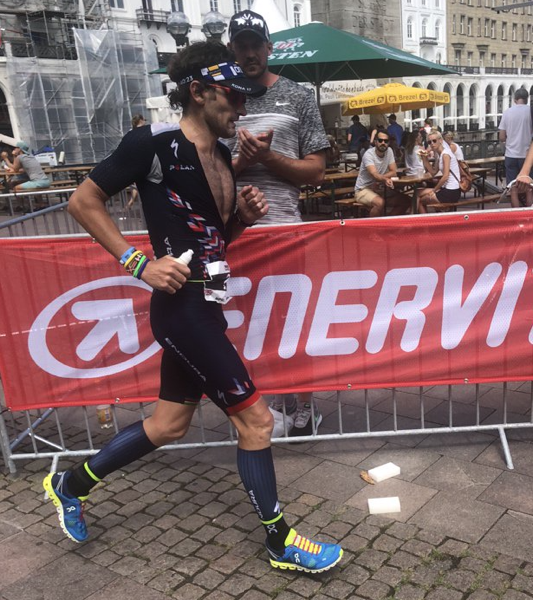 For a long time the female race was a horse race between defending champion Daniela Sämmler and Sarah Crowley. By the half marathon mark Sarah moved into first place and started to put time into Daniela: 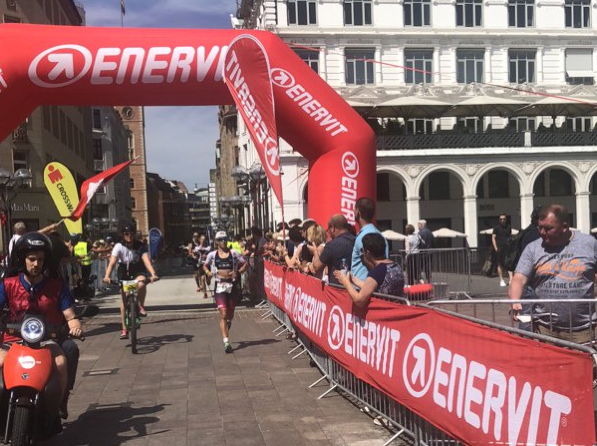 With Daniela and Sarah close together, it went almost unnoticed that Katharina Grohmann was not too far behind. When Daniela struggled in the last lap of the run, Katharina was the fastest runner and finished in second place. 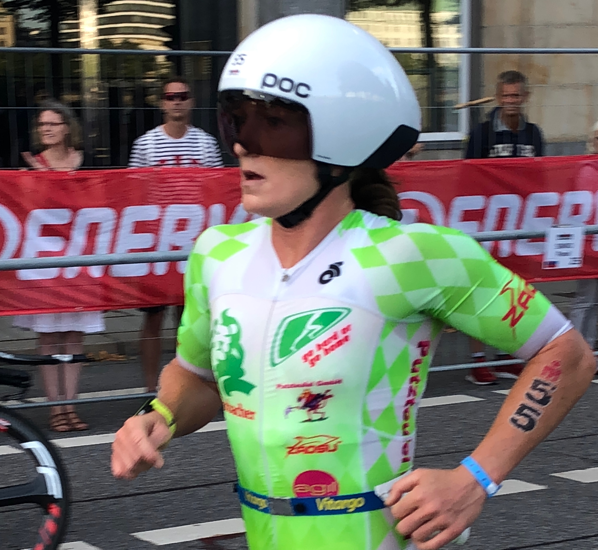 Third place (and a Kona slot) went to Maja Stage Nielsen who almost posted the same run split as Sarah: 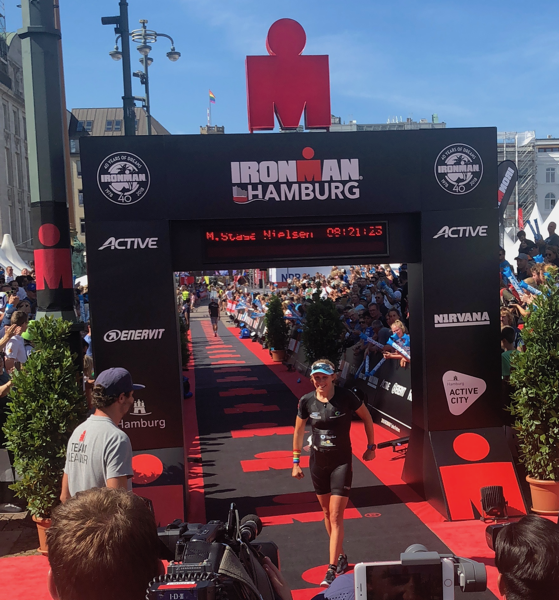 The following athletes have secured their Kona slots: