Another set of course changes (different swim layout compared to 2017, another new bike course and a slightly tweaked run course) makes it hard to compare this year’s results to other IM Hamburg data and determine course records. The non-wetsuit swim was quite slow and the bike course was made relatively hard with side winds, helping to break apart larger groups in the second loop. After last year’s fast marathon times the run course was lengthened and maybe a bit long this year, resulting in slow run times.

All of this and the high temperatures contributed to a high DNF rate – only half of the 26 MPROs who started the race were able to finish.

IM Hamburg had one slot each for the men and women. They go to

The slot rolled down quite far on the female side: Susie Cheetham (winner), Sarah Piampiao (second) and Caroline Steffen (fourth) were already qualified, and third-place finisher Julia Gajer declined her slot.

With the fastest bike and run splits, Kristian Hoegenhaug was able to erase his swim deficit. It was a surprise to see him outrun more experienced athletes such as Ruedi Wild who finished second and Andreas Raelert (who DNF’d shortly after the half-marathon mark). 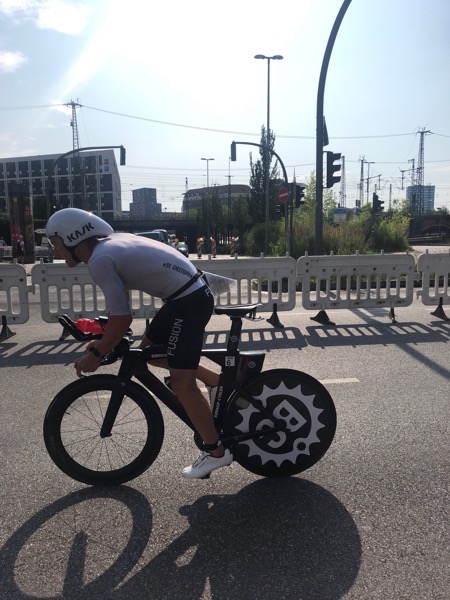 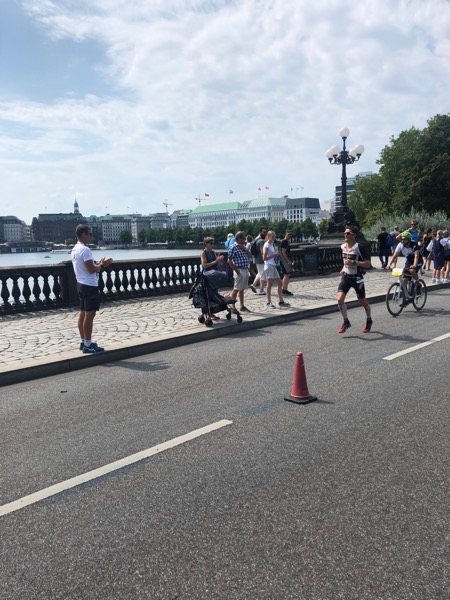 Photo: Ruedi on the run.

In the female race, Susie Cheetham built a lead on the bike and was able to also have a strong run. In the end, she was able to manage the gap to Sarah Piampiano who had the marathon performance of the day – her 2:56 was just two minutes slower than the fastest run on the male side. 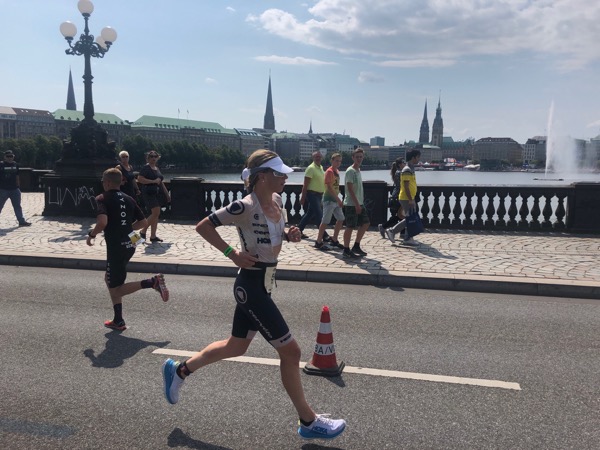 Photo: Susie on the run in front of the beautiful Alster lake in Hamburg. 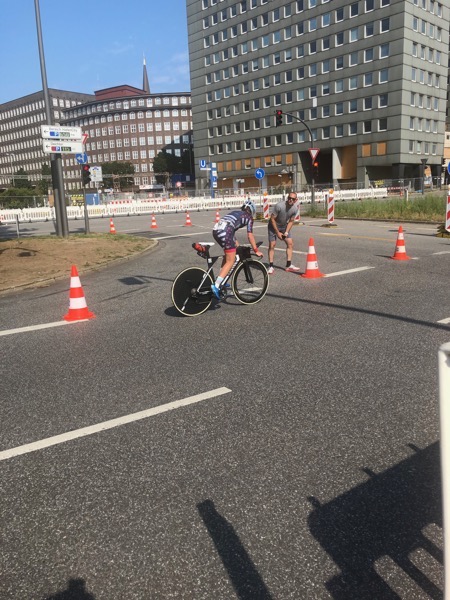 Photo: Sarah getting splits to the lead at the end of the first bike lap from husband Michael.