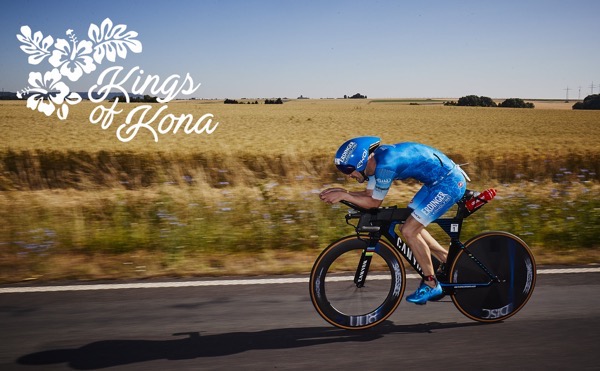 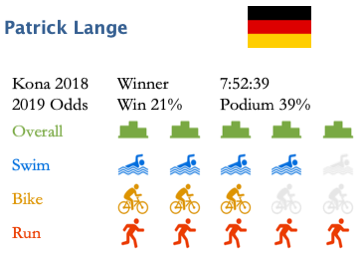 Patrick Lange is the Kona winner of the last two years. He holds both the run course record and the overall course record. So obviously he’s the favorite to win Kona 2019 as well?

As the saying goes, you’re only as good as your last race. Applying this yardstick, others are the Kona frontrunners. Patrick’s season started well with a win against a solid field at 70.3 Vietnam in May, but his performance in Frankfurt was a disappointment. He was riding in a bigger bike group that lost seven minutes in the first 100k to Frodo and Sebi, then suffered a flat that he had to fix in the middle of downtown Frankfurt with thousands of spectators around him. He went on to finish the race in 11th place – after all he needed a full Ironman to validate his Kona slot. Even if he wasn’t in a position to play a big role at 70.3 Worlds, his result was another disappointment: A solid swim was followed by losing a lot of time on the bike, and even a good 1:11 run only resulted in a 23rd place for him. These results certainly put a big question mark on his chances for another Kona title this year.

Then again, this story isn’t really new and pretty much a copy of his last two seasons, both of which ended with Kona wins and new course records. When he raced Ironman Frankfurt in 2017 and 2018 and wasn’t able to seriously contend for the win, finishing 6th and 3rd about ten minutes behind the winner. “The start of the season 2018 didn’t go well, but I was quickly able to identify why I hadn’t been able to win. I learned a lot and was able to make the appropriate changes. It was too bad that I had been written off, but it helped to take a bit of the pressure off for Hawaii”.

Of course the conditions and how the races developed played into his hands, but winning Kona two times in a row takes a lot more than a bit of luck. Patrick has posted the fastest run splits in Kona for the last three years, starting with his run course record of 2:39:45 in 2016. In all likelihood he will also be one of the fastest runners in 2019. In order for him to be able to run himself into another win (or at least a podium), coming off the bike he can only afford to be just a few minutes behind stronger bikers that will be able to run in the 2:45 to 2:50 range. As in the last years, this will put the pressure on him in the swim and especially on the bike, and other athletes will expect him to put in the effort needed to keep the bike leaders in view. For quite some time he has said that “I’m only seen as a runner, but I feel I’m under-rated on the bike. Because I was further behind than expected after the swim last year, I had to take some extra risks at the start of the bike. If I had stuck to my original plan, it would have cost me the title. The decision to take the risk and to go with the stronger bike riders showed to me how much I have improved and that I have been able to absorb the hard session in the mountains. The run might have looked under control from the outside, but I struggled a lot with the heat. To be honest, the first part of the run was tough: My competition started to attack from the first kilometers and I decided to let them go. This was a decisive moment – after 8k I found back into the race and was able to catch up to the others again. From then on, my head was back in the game as well.”

It’s clear that once again he plans to use his heat camp in Texas to get into his best physical shape possible but also the right frame of mind. Last year “in Texas I was able to completely focus on my training for the first time since Kona 2017. I almost didn’t have any contact with the outside world, only my coach, my family and my training partners. That’s what flipped the switch.”

Following his performance in the swim and bike will probably require a bit more digging through the tracker data as the race goes on. If he’s not on point on race day, we might only see him for short glimpses in the live coverage. But if he manages to get things right again, he’ll get a lot of camera time in the second half of the run.