Diana had a great season 2015: She won Ironman Lanzarote in May and was optimistic for Kona but had a DNF where she suffered from a virus infection. She thought she quickly recovered from it, and just five weeks later she won her second Ironman of the year in Malaysia.

But Diana struggled with flu-like symptoms at the start of 2016, and it was determined that she had contracted Dengue fever. She had to cancel her start in South Africa and focused instead on defending her title in Lanzarote. In T2 she was still within striking distance of the lead, but then started to cramp on the run and finished only with some “encouragement” by her partner and coach Jo Spindler. But a fourth place in Lanzarote wasn’t enough to secure a Kona slot.

Diana then started a number of Ironman races that she wasn’t able to finish. At Ironman Frankfurt she wasn’t even able to finish the swim: Warm water temperatures lead to a non-wetsuit swim, but when the air temperature dropped on race morning a lot of athletes suffered from hypothermia during the swim. Diana even had to be rescued by the lifeguards and was rushed to a hospital when the thermometer used to measure her body temperature did not go low enough for a decent read. Thankfully she did not suffer lasting damage, but it took her a while to recover. Her next try to get the points for Kona was at IM Vichy. It was much warmer than in Frankfurt and she was able to complete the swim. But there was a lot of confusion about the local French rules for a non-wetsuit swim, and Diana was DQ’d in T1 although she was wearing the same race kit and swim skin that wasn’t a problem in Frankfurt and that most people thought was allowed. The long discussion in T1 before the DQ was finally confirmed also contributed to her sinusitis flaring up. Even after a two week break and antibiotics she didn’t get better, and her doctor was ready to put her on the surgery table. By then she had cancelled all race plans for the remainder of the year.

As a final try before surgery she put a spoke by her sponsor DT Swiss to an alternate use (I don’t want to get more graphical than that), and slowly her sinuses started to clear and she started to feel better. As a friend had given her a ticket to Wales, she decided to fly there. She felt much better in the week before the race, and as she was still on the official start list, she decided to start the race as a long training session to assess where her fitness was. Wednesday before the race was the first time back in the pool after Vichy, and she was joking she’d take a break after the first half of the swim. On race day she doubled the training amount of the last four weeks and was in second place for most of the bike and run. But in the end it was all a bit too much for her, and she had to abandon the race just 4k from the finish line.

But that DNF felt a lot better than the races in Frankfurt and Vichy and Diana was in a great state of mind to get back into training and try to defend her title in Malaysia. After recovering in the Mallorca sun she went to Thailand for a “heat camp”. Towards the end of her five-week stay in Thanyapura she was getting a bit homesick but in a great form. She was second out of the water, quickly took the lead on the bike, and with the fastest bike split built a lead of more than five minutes in T2. She was able to extend her lead with a solid 3:21 marathon in the Malaysia heat and humidity and won with a margin of almost ten minutes. This was the third time in a row she has won IM Malaysia and is one of only two athletes with an active three-peat. (The other athlete is Meredith Kessler with an active three-peat in Arizona and a five-peat in New Zealand.) 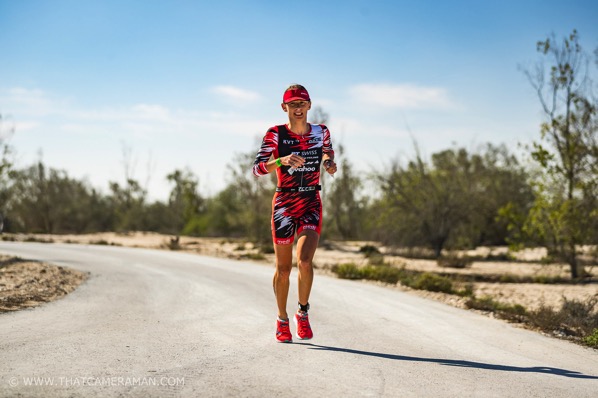 It’s been a year with a lot of downs and setbacks for Diana, but she persisted and had a great end to 2016. Hopefully she’ll have more luck in 2017!