Åsa Lundström (the correct Swedish spelling of her name) only needed one race of the 2016 season to secure her Kona slot: A fourth place finish at IM South Africa gave her enough points and she was able to build her season focused on a good performance in Kona. Except for her home town race 70.3 Jonköping (where she was second to Jodie Swallow) she was racing smaller, shorter races and focused on building her speed.

In Kona Asa had her typical swim, coming into T1 with a ten-minute deficit to the leaders. For the whole race she and Sarah Piampiano were within a minute or two of each other, slowly moving through the field on the bike. Asa wanted to avoid the “energy hole” she had experienced at the end of her previous bike rides in Kona and was completely focused on her own race. This year, she was riding strong into T2. She was also running well from the start, and by the Energy Lab she had moved into the Top 10. 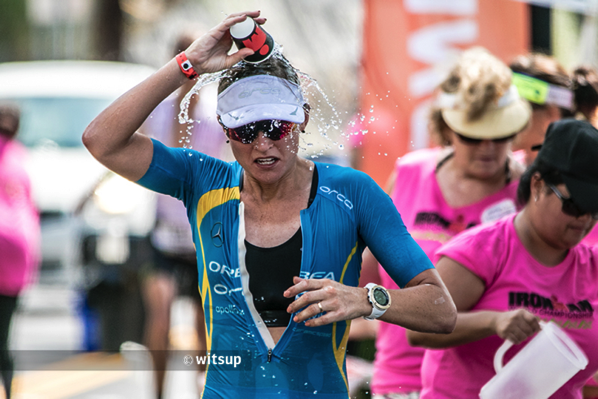 In the end Sarah was probably a bit ‘hungrier’ and overtook Asa with a last-minute effort to finish seventh, with Asa just 28 seconds behind in eighth place – another solid step forward for her.

After Kona Asa raced another Ironman, finishing fourth at Western Australia. She was a bit disappointed with the placing and not being able to go sub-9, but notes that she didn’t feel fresh enough after her long season. Even so, she secured a Kona slot which was the main goal of racing WA. Now she has the chance to focus on her medical studies for the first part of – after the end of her triathlon career she wants to be a medical doctor. For now, she is trying to align her triathlon goals as much as possible with her studies. She’ll have completed those by the mid-April and can then go back to summer racing and her Kona build.

Boris Stein finished seventh in Kona this year – a result that usually generates a lot of attention. But he was only the fifth German and is well aware that it’s hard to get attention for that, especially with the “two German Big Players”. For a while Boris was still working as a teacher but is now a full-time athlete and knows that ‘getting noticed’ is part of earning his money as a Pro. His plan to get more attention? “You just have to beat them!”

His tenth place in Kona 2015 allowed Boris to plan his year completely focused on a good Kona performance. He raced IM South Africa in April, and a fifth place allowed him to secure his slot. He was able to race aggressively in the swim and bike, but his run wasn’t quite at the level he’d want for October. Over the summer he was racing very strong in 70.3s, winning 70.3 Kraichgau (beating Sebi Kienle) and 70.3 Luxembourg. He was biking and running very well, but while finishing third in the European 70.3 Championships in Wiesbaden was a good result, being three minutes behind Andreas Dreitz in T2 and losing three and a half minutes to Lionel Sanders on the run showed that he still had some homework before Kona.

Boris prepared in the Texas heat for Kona, together with Patrick Lange. Both were joking about who’d win their private little race. Boris said that Patrick “will be able to reach his goal of finishing in the Top 15, but I’d be able to beat him then” while Patrick wanted “to beat Boris in the end – I don’t really care by how much.” In the end both went on to have good races, and once again Boris’ performance didn’t get the attention it probably deserved.

Boris had a base scenario for the Kona race: “After the swim it would be great to be with athletes that also want to close the gap to the front I’m working hard to ride the full bike distance as the first half in 2015 – and then still be able to run a good marathon.” This plan worked “even better than I was hoping for: Early on I joined forces with Sebi Kienle and I was able to save some energy.” Boris worked hard for that advantage, he closed a gap of almost two minutes to Sebi after the swim within the first 30 miles of the bike. 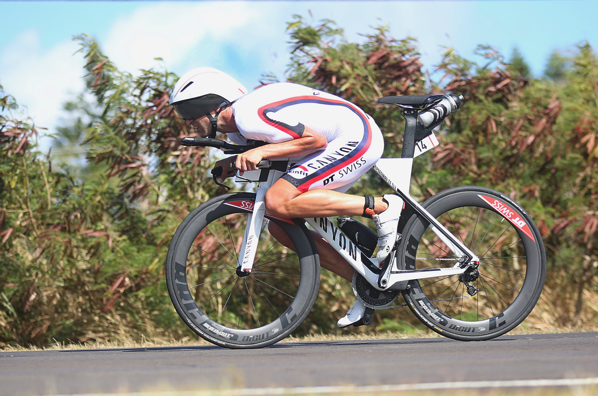 When the front group broke up after Hawi, Boris was one of the Top 7 riders staying ahead of the rest, and he entered T2 just 35 seconds behind the lead. “I had a lot of confidence on the ride back to Kona. But it’s pretty rare that nobody from the front group exploded on the run [only Luke McKenzie fell back, but his spot in the Top 7 was taken by Patrick Lange], so those who ended up in front of me were simply better on race day. I’ve missed a few aid stations towards the end of the bike, it sometimes gets tricky with the larger front group and aid stations being further apart. So I’ve lost contact to the front of the race early in the run and then was managing my energy levels and loneliness as much as possible.” Boris had a solid 2:55 marathon to finish seventh, not good enough to contend for a podium finish, but three minutes quicker than in his come-from-behind tenth place in 2015.

Boris is already planning his 2017 season: “The two big German IM-distance races are the benchmark for organization and public attention, but Kona is still the more important race. As long as I think I can improve there, Kona will be my main goal and I’ll follow a similar season plan as in 2016. I’m always looking for improvements, but I can’t really see any big gains. So it’s probably maximizing my swim speed, fine-tune my season plan for the big day in Kona and maybe optimize my bike position to be able to have a better run.”

So far we’ve seen steady progress in Kona by Asa and Boris. Their good Kona finishes allows them to focus on Kona, Asa has already validated by finishing fourth in Western Australia, Boris will just need a finish in South Africa to plan for Kona. Therefore, it’s unlikely we’ll see them race an Ironman in top shape before Kona, making it hard for them to raise their profile and for others to get a late impression of their Kona chances. They are unlikely to be among many top picks, but I see both of them as strong candidates for a podium in Kona 2017. And who knows what they’ll be able to do in three or four years!