After the latest race in Kona it’s time to update my graph on the Age of Kona Winners. Technically, the graphs show the how old the winners of Ironman Hawaii (mostly Kona, but also the early years on Oahu) at the time that they won the race. (Click on the images for high-res versions.) 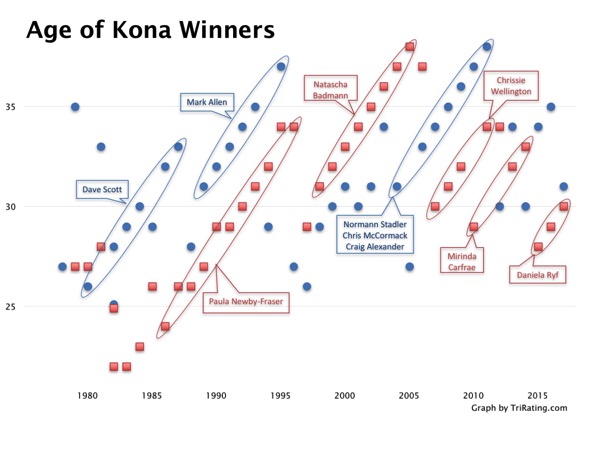 Here is another view on the data: 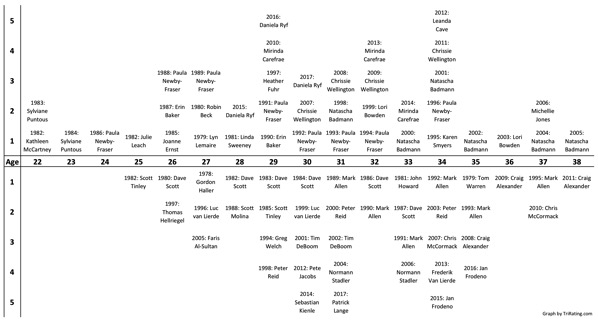 This “text bar chart” makes it easier to spot a few other things: