Conditions in Melbourne were again pretty quick this year, an adjustment of 18:45 puts this year’s race in the neighborhood of races such as IM Arizona or IM Brasil. The conditions seemed to be especially favorable on the run, the run adjustment of 7:07 makes the times even quicker than the (apparently short) run in 2012.

Dirk Bockel was the most patient athlete on race day: He took the lead at about 35k in the run, and held on to it until the finish. 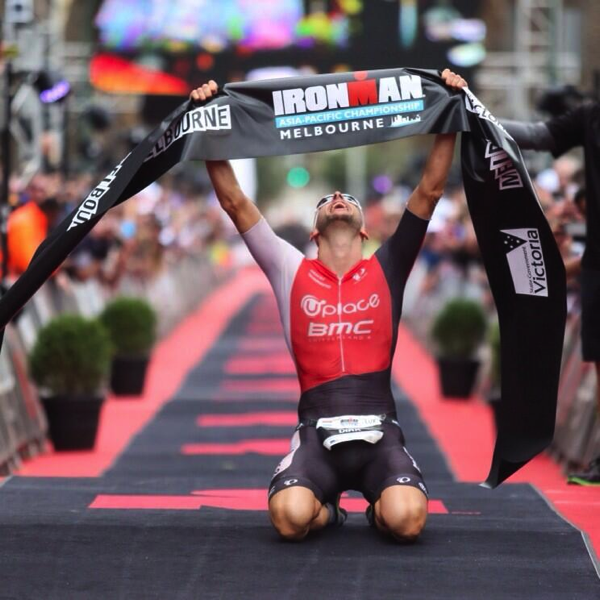 Axel Zeebroek pushed the pace on the bike (eventually finishing 7th), then he was overtaken by Paul Matthews (who held on for 2nd). For a while David Dellow looked like the winner, but he spent his matches too early and staggered over the line in 3rd place and was promptly taken to the med-tent and was missing from the ceremony. Craig Alexander had the fastest run split in what appears to be his final Ironman race. Marino had a solid IM, always being close to the front and finishing in 6th.

Caroline Steffen quickly overcame her deficit to Mary Beth Ellis after the swim. 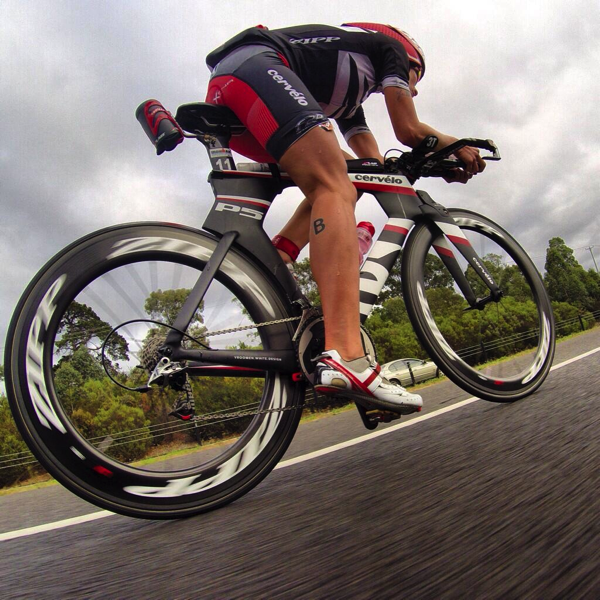 The two rode (legally) together for the rest of the bike, then „Xena“ pulled away on the run. She seemed to be struggling a bit towards the end of the run, but nonetheless finished in sub-9 hours and more than four minutes ahead of MBE. The surprise 3rd was Kim Schwabenbauer with the best run time, overtaking Rebekah Keat in the last few kilometers. Asa Lundstrom managed to take 5th (probably enough for a Kona slot), while Angela Duncan (Naeth) took some more risks in her 2nd Ironman, was in a good position after the bike, but ran out of gas on the run.