Ironman and LifeTime Fitness have started the „Women For Tri“ initiative, which was established to grow female participation in triathlon. They have announced an advisory board which met for the first time at the Ironman headquarter in Florida on Wednesday, February 4th. 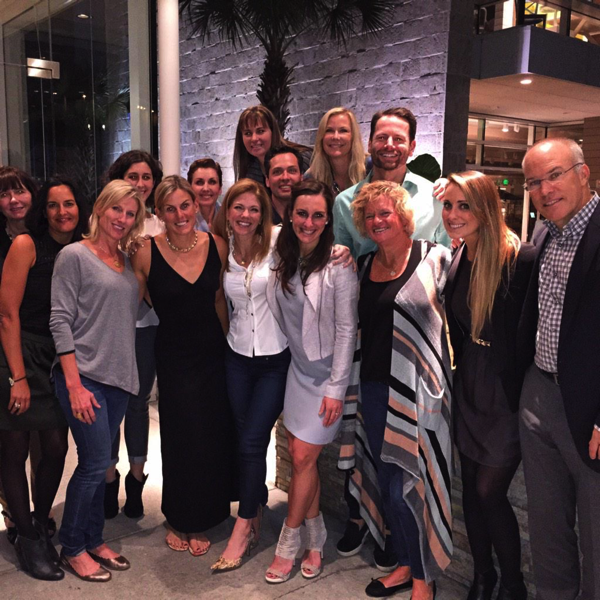 There have been quite a few reports of the meeting (for example an article by board member Julia Polloreno on the triathlete website), and a lot of my initial reservations about the initiative have been alleviated:

There was a lot of pressure on social media encouraging the board to take up issue #2, and I’m glad that they are engaging in the discussion. I also think that granting equal slots will have a positive effect on improving female participation in general.

In the spirit of public discussion, I’d like to have a closer look at the arguments presented for continuing with the disparate slot count. In her post Julia reports on statements by Ironman CEO Andrew Messick:

His position has been that there are 50 pro men who are competitive enough to factor into the Kona race dynamic and have a legitimate shot at a top finish at the world championship. As an example, he cited pro Ronnie Schildknecht, who was at the bottom of the KPR standings heading into Kona last year but still finished 12th.

While I was happy to see Ronnie qualify and race well in Kona, he is not representative of the male athletes that qualified at the bottom of the KPR: The last 11 qualifiers were Dan Halksworth (DNF), Chris McDonald (DNF), Elliot Holtham (35th), TJ Tollakson (DNF), Harry Wiltshire (29th), Richie Cunningham (DNF), Chris Brader (28th), Justin Daerr (26th), Ronnie Schildknecht (12th), Andreas Raelert (36th and last finisher), and Paul Ambrose (30th). Of course there are some examples of people qualifying at the bottom of the KPR that are still doing well in Kona – the most notable this year was Ben Hoffmann who qualified as 29th male in July (so he wouldn’t have qualified in the women’s field) who finished 2nd in Kona.

The unspoken implication of this argument is that the additional women that would have qualified if there were more slots wouldn’t have played a role in Kona. I don’t agree with that sentiment – so let’s look at some of the women who probably would have qualified with extra slots. The inclusion of Angela Naeth, Amy Marsh, Sophie Goos, Rebekah Keat, Eimear Mullan, or Laura Bennett would clearly have had an impact on the Top 10 finishers this year! A similar example to Ben Hoffman in this year’s men’s field is Rachel Joyce in 2013 when she barely qualified as #34 in the KPR but continued to finish 2nd in Kona.

He says that the pro women’s field isn’t yet deep enough to justify 50 slots.

I have addressed this perception in my recent post „Women’s Field as Deep as Men’s?“. I was able to demonstrate that there is not perceptible difference between the depth of men and women – at least up to #35 where men and women are on a level playing field. ( An analysis up to #50 would require 50 women in Kona.) Repeating that women lack the depth doesn’t make the statement any more convincing.

[G]iven the rigidly static number of available Kona qualifying slots, adding 15 to the pro women’s field would require taking those slots away from other people, potentially the pro men.

This is another argument that is frequently cited: „Kona is full“ (I always hear an undertone of „so there is nothing we can do for the Pro women”). I find that hard to believe:

Overall, I am encouraged by the first meeting of the „Women for Tri“ board, their discussion and the information that is being shared about it. I hope that the open dialog continues and that there will be changes that help increase participation of women in triathlon while removing unequal treatment of women in our sport.

5 Responses to Women For Tri – An Encouraging Start