Continuing my look at fast times and great performances from last year, this post has a close look at the bike leg by the Professional women.

There were a number of fast bike times in 2017, most of them from courses such as Barcelona that are known to be quite fast. By now you have to be able to race well under five hours if you want to be competitive in the female Pro field.

Other quick 2017 bike rides were from Western Australia where Mel Hauschildt rode a 4:37 and Carrie Lester a 4:38, but while the bike was accurate the swim at IM WA was cancelled.

Looking at Normalized Times that adjust for a fast or slow course, the best bike performance was Jen Annett’s course-record setting ride at IM Arizona, closely followed by Daniela’s time from Challenge Roth. Jen and Dani are way ahead of the next performances who are more than five minutes back.

Even though Daniela’s bike rating has become slightly slower this season (not a big surprise considering she raced IM South Africa with back problems and her times in Roth and Kona were quicker in 2016), she still leads the rankings by more than seven minutes over Heather Jackson. Heather, Kaisa Sali (now #9) and Tine Deckers (#10) were able to improve their bike rating by more than a minute. 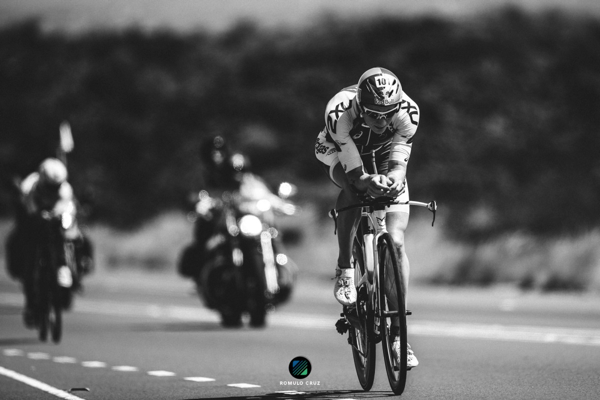 Foto: Daniela on the bike in Kona. Credit: Flows Journal