In 2017 we’ve had a total of 23 sub-9 finishes – compared to 17 the year before. This ties the record number from 2014 and continues the series of “20 or so” sub-9s per year that’s been going on since 2013. Daniela continues to dominate the fast times, this year she had three of the four fastest times!

As in all lists, I don’t count IM Frankfurt as it had officially a shortened bike-course.

It’s not a surprise that there are a lot of Kona results in the list of best performances – everyone tries to be in top shape for the most important race of the year! This year the Top 5 from Kona are in ranks 1, 2, 3, 5 and 7. Daniela’s three races are in the Top 6, Kaisa Sali also has three performances in the Top 10 (though in ranks 7 to 9 a bit behind Daniela ).

After three wins with fast times in three big races, there can’t be any doubt that Daniela continues to be the #1-ranked female athlete. She has extended her lead to a dominating 25 minutes, only partially because last year’s #2 Mirinda Carfrae has dropped from the rankings. (Rinnie’s rating would be close to 9:01, still more than 20 minutes behind Daniela.)

Nonetheless, we’ve seen a number of promising improvements in the female field, meaning that Daniela won’t be able to become complacent. You could see that in this year’s Kona race: Last year she had 13 minutes on her competitors at 90 miles on the bike (with the sole exception of Anja Beranek who was just five minutes behind), this year she had two athletes (Lucy Charles and Lauren Brandon) five minutes in front of her, two riding with her (Sarah Crowley and Annabel Luxford) and Heather Jackson just 90 seconds behind her. This situation put some pressure on Daniela, but she responded with a monster bike-effort, taking the lead by T2 and not giving her competitors the slightest chance for a Kona win. 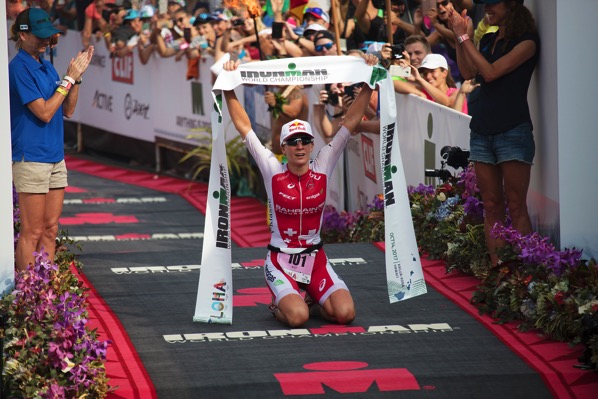 But there a number of athletes that will work hard to challenge Daniela even harder in 2018. Lucy Charles entered the ranks of top athletes with a bang, Susie Cheetham returned after injuries with a successful 2017 season, Kaisa Sali and Heather Jackson continued their improvement on the long-distance (improving their ratings by six minutes and more), Carrie Lester also repeated in the Kona Top 10, Sara Crowley made a huge step forward (rating improvement of almost 16 minutes!) and is now a Kona podium finisher, Mel Hauschildt seems to be always struggling with injuries but finished the season healthy. In addition, there are a few “Super Moms” returning to racing: Rachel Joyce already qualified in 2017 but then was too tired to race well in Kona, Mirinda Carfrae is already back in training, as are Liz Blatchford, Meredith Kessler or Caroline Steffen. At the end of the 2017 season, Daniela is still way ahead of the rest of the female field, but there is a long list of athletes looking to become more than just a threat to her.