As on the female side, the best performances are dominated by the Kona results: The new course record by Patrick Lange is the best performance overall, while the Kona Top 5 take ranks 1, 2, 3, 5 and 6. Only Lionel Sanders and James Cunnama managed to have two of the ten best performances, their Kona races are complemented by wins with a fast time in Arizona and Hamburg.

With his Kona win, Patrick Lange has stormed to the front of the overall rankings. He has a solid gap to the next athletes, but his low number of IM races so far means that one weaker result could see him drop back quite a bit. But so far he’s been able to race well in each of his IM races (a win at a shortened IM Texas, third in Kona, a controlled sixth place at IM Frankfurt to qualify and a win in Kona), it appears that he is able to maximize his potential. 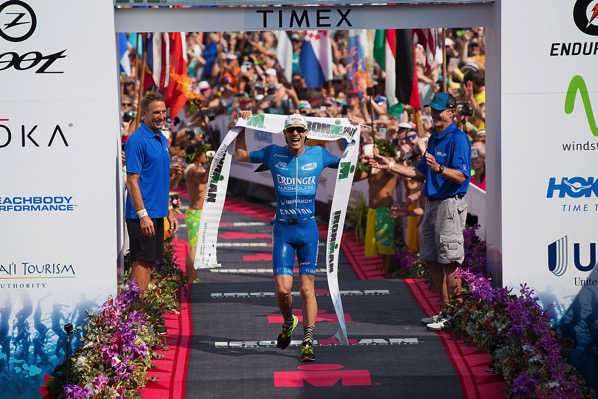 Behind Patrick, there are two more Germans: Sebastian Kienle after a good season but without the crowning achievement in Kona he was looking for and Jan Frodeno who had a solid summer IM but then problems in Kona but still finishing. Both of them will already be planning for Kona 2018 and how to put even more pressure on Patrick and the other top contenders.

After fast races in 2016, Patrik Nilsson put this year’s focus on Kona and was able to continue with his solid improvements. A third in Frankfurt and an eight in Kona indicate his potential. Lionel Sanders and David McNamee made huge steps forward in their Kona racing. Lionel had a great all-around day to finish second and David took third after missing out on a Top 10 result for a few years before. Both appeared happy with their achievements but hungry for more.