Here’s another post of my of “How the race might unfold” series. It is the graphical version of my prediction that takes each athletes strengths and weaknesses into account. The graphs show who is in the lead (starting with “after swim”) and by how much the other athletes are behind as the race unfolds. I hope that this gives you a good indication of the names that will show up near the front over the day. 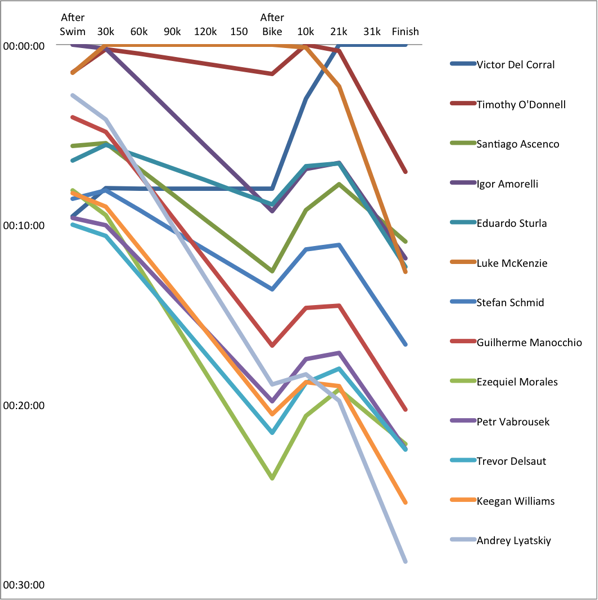 There are a lot of interesting participants in the men’s field: 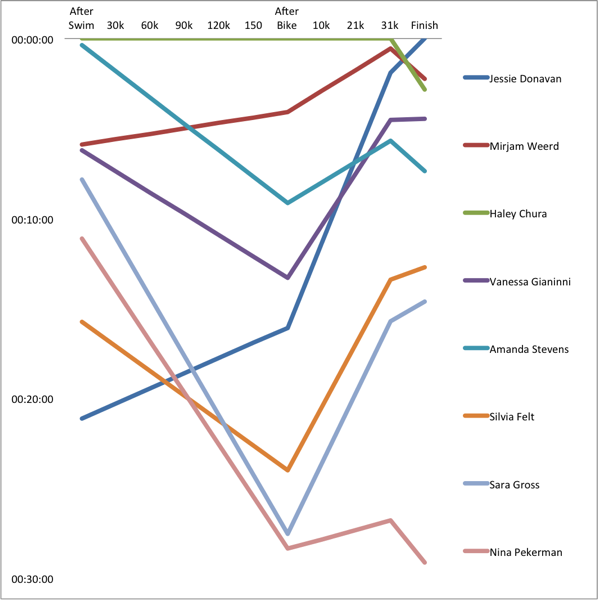 The women’s race promises to be quite exciting as well, at least towards the end: