In my free “2013 Kona Rating Report“, I’m having a long statistical look at the capabilities of the Pros racing Ironman Hawaii. Based on my data I can develop some predictions on how the race may play out. The graphs show for various points along the course who could be in the lead and who is back by how much. They are based only on previous race results. Other important aspects, such as the course dynamics (hills, wind etc.) and race dynamics (for example groups forming), are not taken into account. However, the graphs give a good indication of whom we can expect at the front of the race.

The first graph for the men focuses on the front end of the race. It shows all race leaders and the athletes I expect to finish in the Top 10: 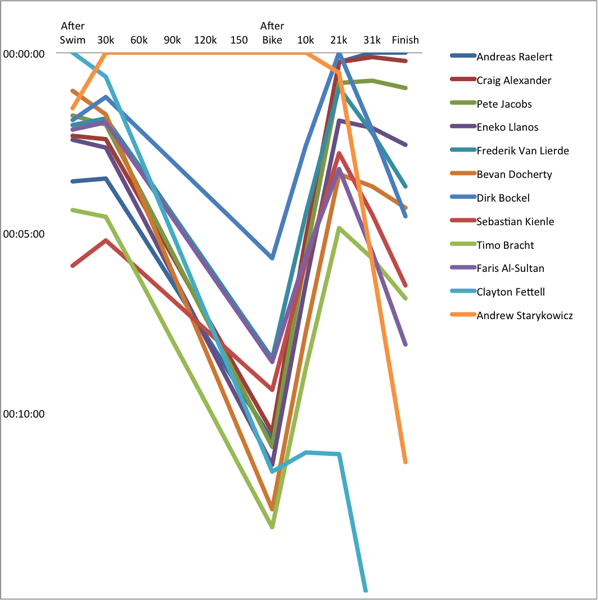 Some of the highlights from this graph:

One of the “sub-races” within the main race is the question of who can be the best from his country. For example, there is a lot of interest for the top finisher from the US – so the next graph only shows Pros from the USA: 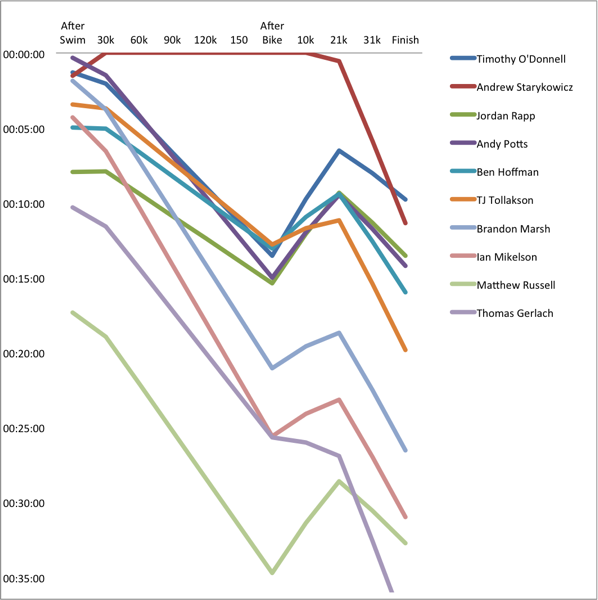 The main data points on this graph (please note the different scale on the “distance” axis):

The other “race within a race” is usually for the best German. This year might be a bit different as I see Andreas Raelert winning the race (or at least being on a podium spot), but here’s a look at the expectations for how the German Pros will do: 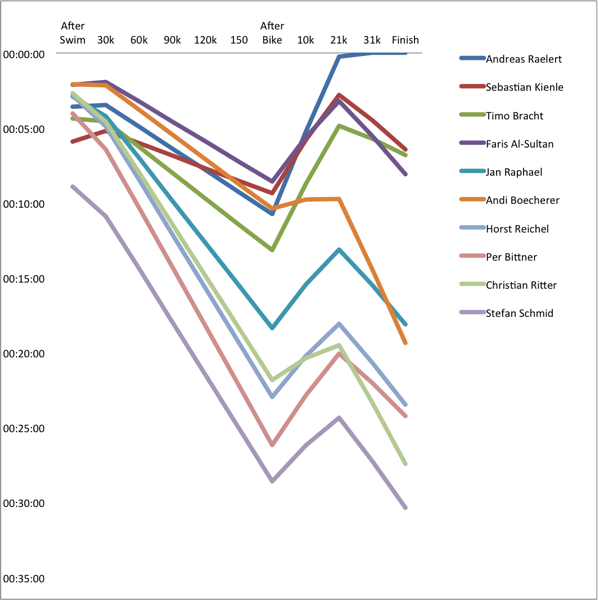