This is an updated version of the start list in my 2013 Summer Rating Report (you can download your free copy here). If you want to make your own predictions on the Frankfurt race, check out IM-Betting.com for a chance to win some cool prizes!

Here’s how the men’s race in Frankfurt could unfold: 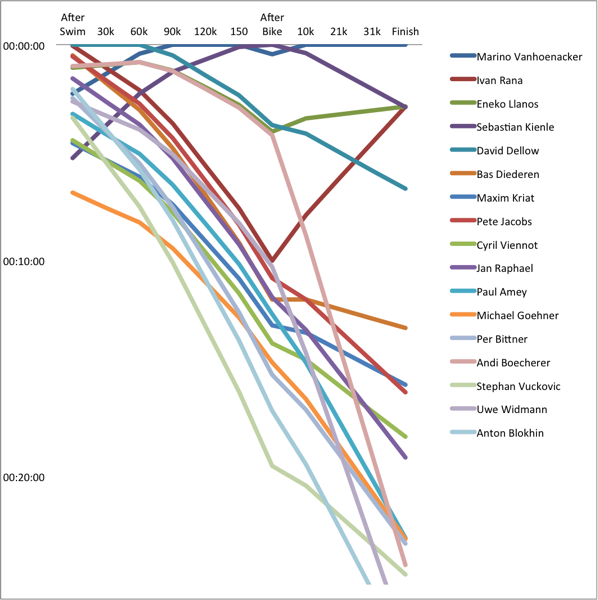 With such a big and strong field, things could get quite crowded in Frankfurt:

The question in the women’s race will be if anyone will be able to challenge Jodie Swallow: 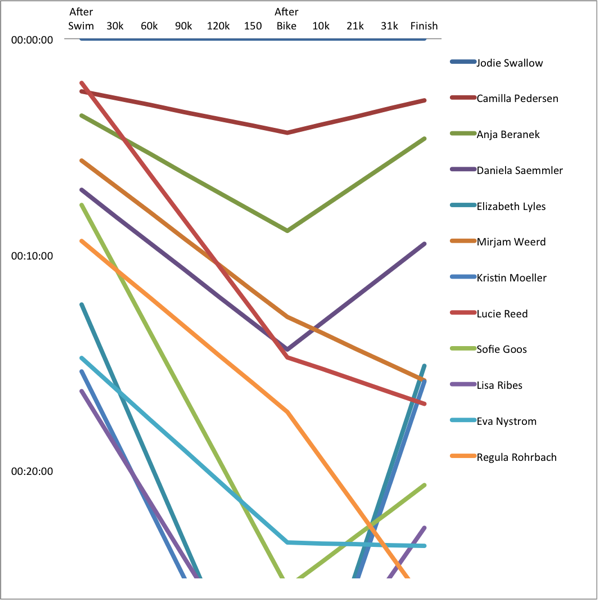