Based on my data I can develop some predictions on how the race may play out. The graphs show for various points along the course who could be in the lead and who is back by how much. They are based only on previous race results. Other important aspects, such as the course dynamics (hills, wind etc.) and race dynamics (for example groups forming), are not taken into account. However, the graphs give a good indication of whom we can expect at the front of the race.

Here’s a look at the front end of the women’s race: 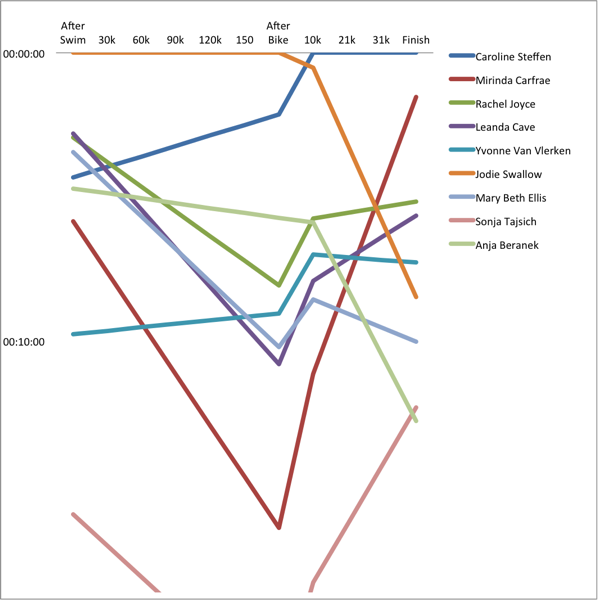 The race for the title is very interesting, but even more athletes will be happy with a Top 10 or Top 12 finish. This should give women athletes enough KPR points for a Kona 2014 spot – as long as they finish a validation race and maybe add a decent 70.3 result. Behind the Top 9 athletes that I’ve put into the first graph, there is a little gap to the next athletes – but then there is a group of 10 athletes that will probably finish within seven minutes: 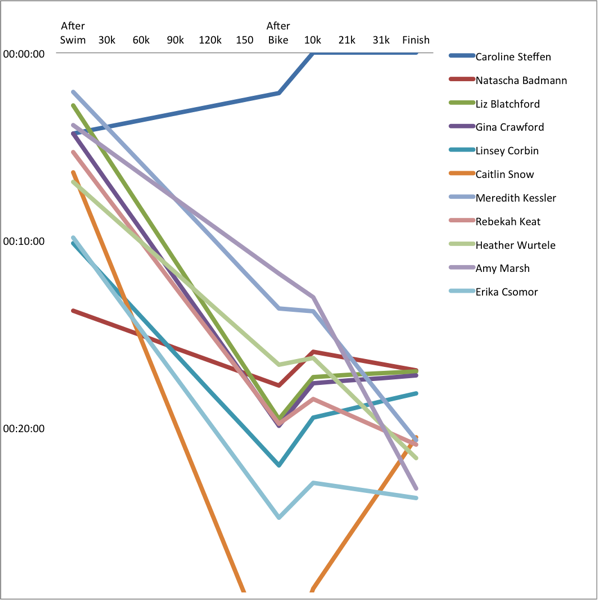 These athletes will be relatively close together after the bike, but positions will change a lot on the run: