My series of “How the race might unfold” continues. It is a prediction that takes each athletes strengths and weaknesses into account. The graphs show who is in the lead (starting with “after swim”) and by how much the other athletes are behind as the race unfolds. I hope that this gives you a good indication of the names that will show up near the front over the day. 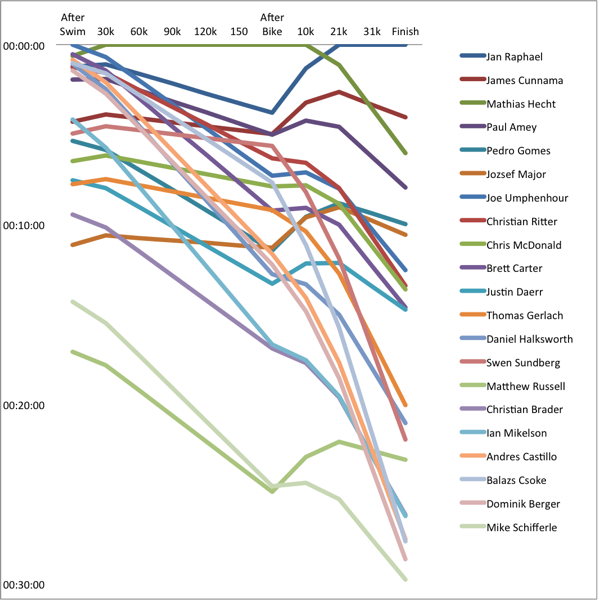 Here are the highlights:

While I expect to see pretty large groups in the men’s race, the women’s race will probably stretch out a bit more:

Update May 16th: Both Jessie Donavan and Haley Churra have switched their entries to IM Brazil a week later.