Along the lines of my New Zealand predictions, I’ve tried to determine how the Melbourne race might unfold. My usual caveat applies: This is a statistical prediction, and doesn’t take race dynamics, form on race day and a lot of other factors into account. But it should give you a good indication of what to expect on race day and identify potential surprises.
If you have your own opinion on who is going to win this race, please check-out IM Betting and you can win a nice price! Luke Dragstra and I have put together this site – you can submit your picks for the top 10 on the men’s side and the top 6 for the women. The best bets (overall, men and women) and a random drawing will win some nice prices from our partners Planet X and Magic Sportfood such as a Carbon wheel set,  a bike jersey with matching shorts and a tri-suit or tri-top and tri-short.

Here’s a look how the men’s race might develop: 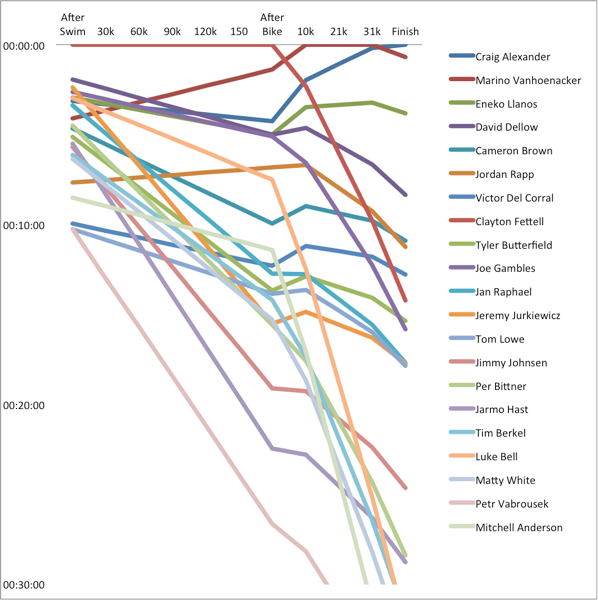 Here’s what the numbers for the women’s race predict: 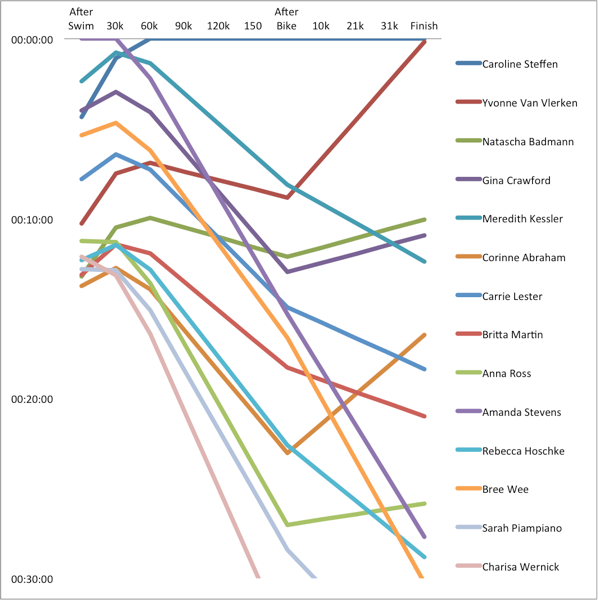 As for the men, here is the summary: