With the deep fields in Frankfurt and a lot of Kona slots on the line, it’s interesting to speculate on how the race might unfold and what to look for on race day. These projections are solely based on the previous results and “nominal times” by the athletes, of course race tactics (groups forming, someone taking a risk by going a bit harder, etc.) will also have an influence, especially when athletes are close to each other.

You’ll be able to follow the race on German TV (on hr3 with German commentary by Dirk Froberg and Ralf Scholt, it’ll also be streamed on hessenschau.de) and trough the Ironman coverage on Facebook (with English language commentary).

The main focus in Frankfurt will be on “The Big Three” – the Kona winners of the last five years: Jan Frodeno, Patrick Lange and Sebastian Kienle. As you can see from the seedings, these athletes are probably a good step ahead of the other athletes. Here’s a graphical view of where they are expected to be in relation to each other and also in relation to a couple of other athletes: 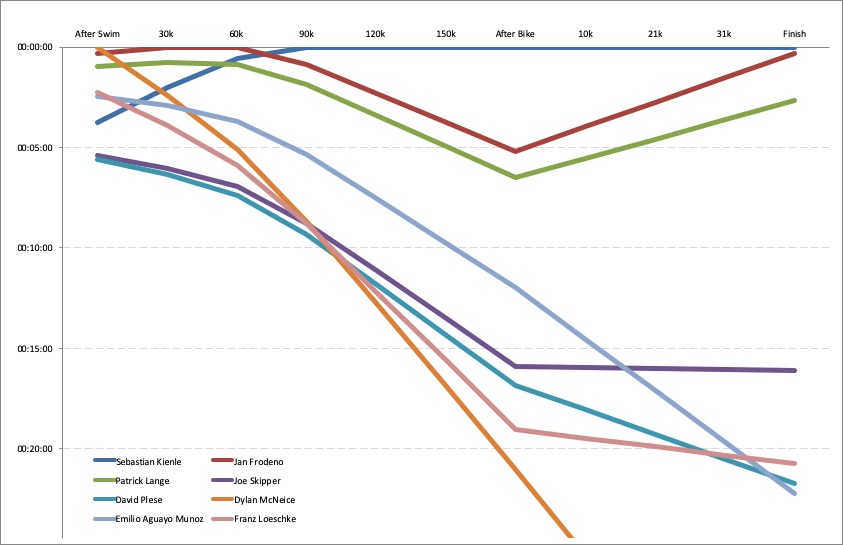 (The other athletes listed are the already qualified Joe Skipper and David Plese, and the expected leaders of the race for the Kona slots.)

Here are a few comments:

The Race for the Male Kona Slots

The race is even harder to predict if we take away “The Big 3” and the other already qualified athletes and put a focus on the race for the four male Pro Kona slots: 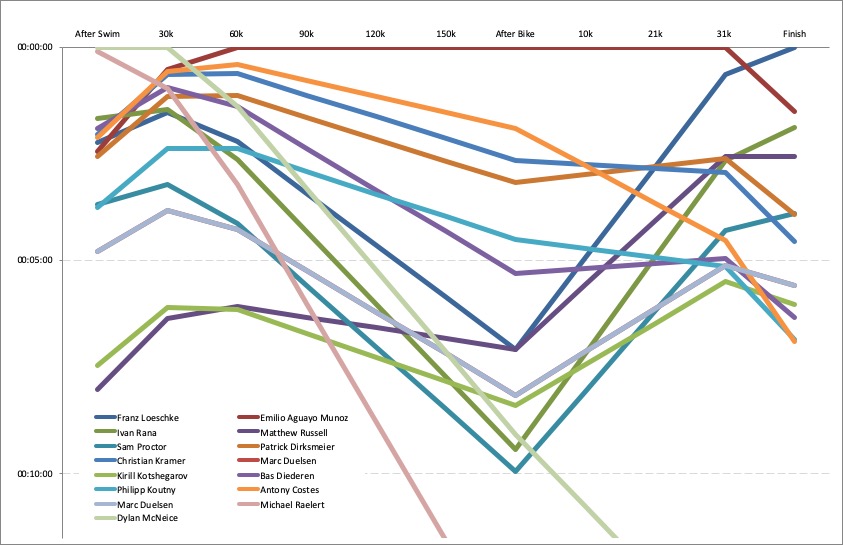 The female field is a lot smaller than the men’s field, and unfortunately there were some injury-related withdrawals (Anne Haug with lower leg issues, Angela Naeth just had surgery for her broken wrist). In addition, some of the athletes that are still on the start list are unlikely to race (Linsey Corbin and Anja Ippach as a backup for Ireland).  The following graph showing how the female race might unfold is based on this “reduced” field: 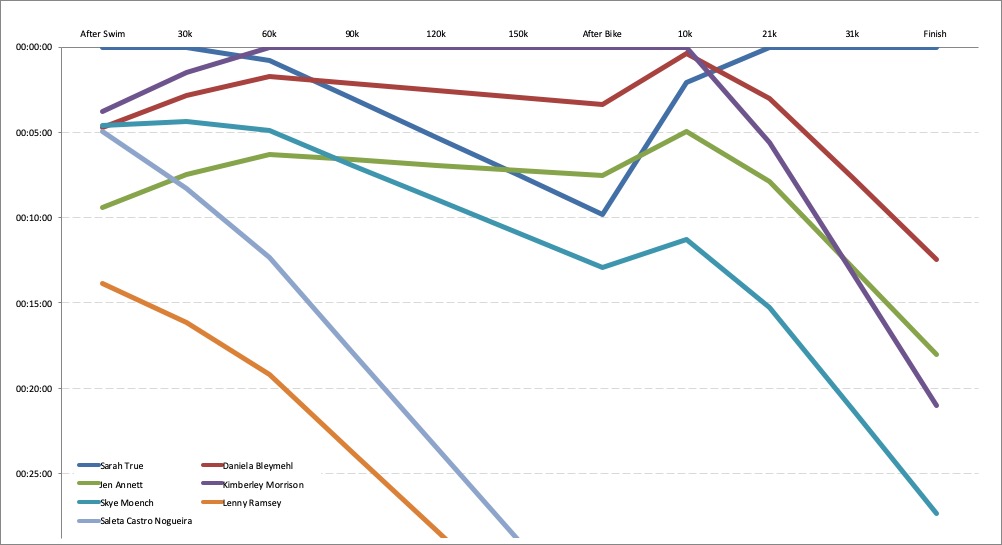 The smaller number of female Pros results very likely in two Kona Pro slots. I think there is going to be a really interesting race – both for the win and for the Kona slots – with an interesting dynamic and a lot of lead changes:

Hopefully the nuances of the racing are going to be picked up in the live coverage of the race. I’m looking forward to an awesome day of fascinating racing!