Ironman Austria is usually a fast course – a lot of sub-8 and sub-9 times have been posted in Klagenfurt. This year conditions seem to have been quite slow: An adjustment of 9:59 is still quick but a lot slower than the course rating of 20:28. None of the legs have been quite distinct, conditions were slower across all three legs.

There was no doubt at all who would win this race: Jan Frodeno took control of the race from the start and posted the fastest times across all three legs. A virus infection close to the race probably kept him from racing any faster – nonetheless he still validated his Kona ticket, finished in sub-8 and won by more than 15 minutes. Clearly, he had given his best on race day. 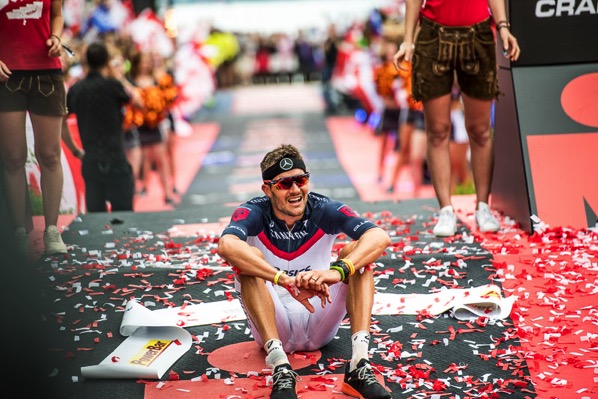 Second place went to Spaniard Eneko Llanos who finally managed to run well again – a 2:47 was the fastest marathon for him since winning IM Germany in 2013. Viktor Zyemtsev finished third.

Michelle Vesterby was leading the race for a long time after posting the fastest swim and bike legs, but she struggled with a 3:17 run still finishing in third place. Eva Wutti won her comeback Ironman race after the birth of daughter Kiana, she ran a 2:57 to take the lead from Michelle but had to run strong until the end to hold off Corinne Abraham, who finished less than two minutes behind Eva in second. 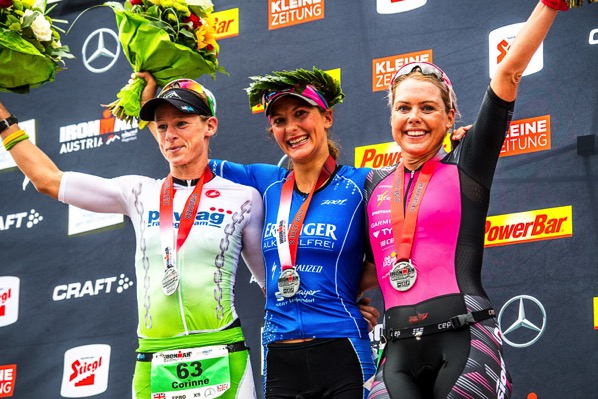 After IM Austria there are not too many changes in Kona Qualifying:

The strength of the field is 25% of a typical Kona field.

The strength of the field is 15% of a typical Kona field.

Of course, reigning Kona Champion Jan Frodeno is the clear favorite to win, but a 25% Kona strength shows that he faces a good, strong field. A number of other athletes – most notably Ivan Rana who won in 2014 – have also shown that they can go crazy fast on this course:

Based on the previous results Eva Wutti is the favorite, but this will be her first big race after the birth of her daughter and she has also been hit by a car while training on the bike and it’s unclear how strong she’ll be able to race.

Update May 26th: Based on the updated start list I have added Corinne Abraham, Kelly Fillnow, Camilla Lindholm, Kamila Polak on the female side and Tim Brydenbach, Nicholas Chase, Gergely Nagy, David Plese, Mike Schifferle and Cyril Viennot on the male side.

Jan Frodeno has also been announced as one of the athletes racing in Klagenfurt, however he is currently missing from the entry list.